In AD 40, Vietnam was under the military rule of the Han Dynasty who demanded tributes, heavily taxed the people, and pushed cultural reforms. Two sisters, Trung Nhi and Trung Nhac led a rebellion against the Han military after Nhi's husband was killed and hung in front of their town. You play as these two sisters. You must free settlements in Northern Vietnam, build fortifications and defeat the Han army.

For information on the story this game is based on, please read this Wikipedia article.

HOW TO PLAY (PLEASE READ THIS BEFORE PLAYING!!!)

The goal is to unite all towns and villages of Vietnam under the rule of the Trung Sisters, and repel the Han Generals that currently rule over Vietnam.

If one of the two sisters die, the game is over.

This game is played entirely with the mouse.

Left click on a character (one of the two sisters) to select them, press right click to move around.

When in a town, you can use that town's resources in order to construct buildings.

When you come in contact with an enemy commander or enemy town center, you will initiate combat with them. During combat, your units automatically go against the opponent, all you have to do is start the round. You can adjust the fighting tactics if you want a different approach.

This is amazing, really reminds me of Civilization and I love the game. Good job!

Holy smokes, this game is amazing! Really like all the animation and the way you build up your forces. 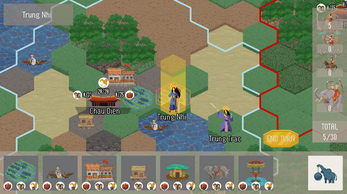 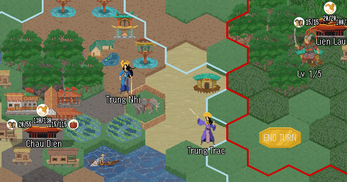 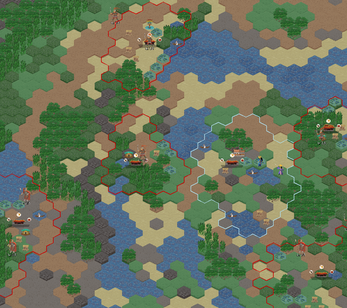